Did someone say ‘hype’? Artificial Intelligence (AI) represents what may be the single biggest opportunity to accelerate the evolution of humanity – with the potential to change how societies operate, how industries produce and how humans interact with the world. But… wow … the hype. The AI race is on… and every technology company is racing to establish themselves as the undisputed leader in this nascent race to define what artificial intelligence actually is and how it can impact our lives… where marketing dollars can even overshadow R&D investment.

You gotta love free markets. We now have some famous examples of the reality of current AI initiatives being way behind their marketing claims: ranging from the challenges associated with the Watson project to how self-driving cars may be much farther out than any of us hope. These lessons tell us that while there’s so much promise in AI, there’s still also a ton of hype, and they serve as a cautionary tale to look beyond the marketing to understand the reality.

The data storage market is no less immune to this hype cycle. Here you also find the intersection of hype and AI driven by marketing dollars. Storage vendors are crazy for AI for a variety of reasons:

Enter the hype. In AI storage … you see two camps emerge, each with their pros and cons:

In camp #1, you have the legacy NAS appliance vendors who claim to take the guesswork out of AI by packaging up ‘reference architectures’ that serve as deployment blueprints to promote their flash appliances for deep learning and machine learning use cases. As outlined above, simplicity comes at a significant cost.

In camp #2, you have the HPC file systems that optimize performance by housing data in a ‘burst’ tier of Flash to optimize for performance while also enabling long-tail AI data to be tiered off to lower-cost HDD-based storage. These systems are often the product of a SW-based file system layered onto some third-party storage HW and can accelerate client-side access with the use of a custom, RDMA file system driver. Speed, however, is not an absolute when dealing with tiered infrastructure – and the complexity of deployment is dramatically greater as compared to NAS appliances.

The Solution: VAST Data with Enhanced NFS Support for RDMA 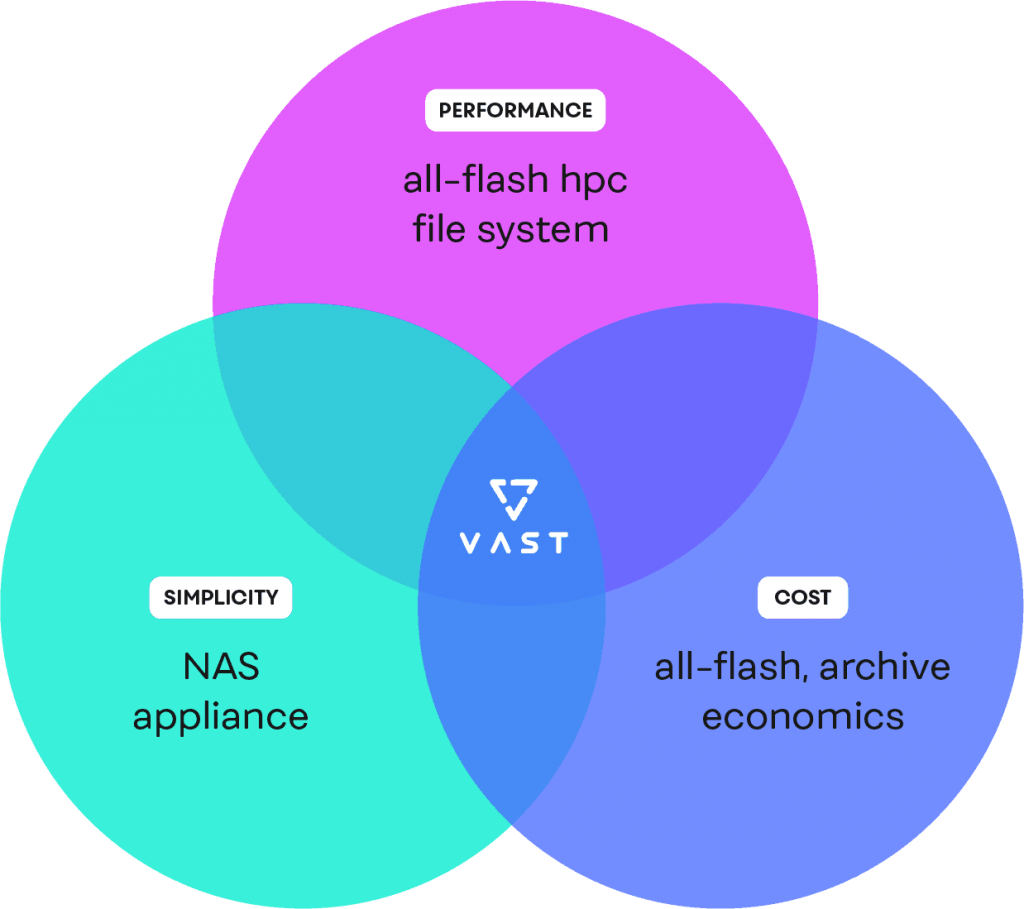 VAST Data’s north star has always been to break the tradeoffs between performance and capacity by engineering a new Universal StorageUniversal Storage is a single storage system that is fast enough for primary storage, scalable enough for huge datasets and affordable enough to use for the full range of a customers data, thus eliminating the tyranny of tiers. More system that combines all-flash performance with archive economics. We’ve now applied this concept to make AI pipelines work faster even in the face of rapidly changing application requirements.

Our exabyte-scale architecture now features RDMA server extensions to the NFS protocol as to enable our scale-out file servers to feed AI infrastructure at line speed. There’s no proprietary file system client driver… everything is already in stock linux kernels. Beyond simplicity, the result is speed:

VAST has redefined flash capacity affordability to eliminate the economic motivations that have lead to data tiering and complexity. By consolidating all of an AI corpus on Flash… our client performance is always fast and never suffers the pitfalls of storage tiering.  GPU servers then become ultimately more productive and our customers can get their code and their AI-infused products to market quicker than ever.

The hype machine continues on for many storage vendors talking about performance — yet their simplicity is not always so clear. A lot of the reason is, no one wants to talk about cost. If you can solve all three, it is the trifecta the market has been waiting for. No storage vendor has yet tackled the problem from all dimensions. That’s why we’re so excited about the possibilities of Universal Storage for these modern workloads.

If your current AI initiatives are being complicated by cost, infrastructure complexity and/or performance bottlenecks, let’s discuss how Universal Storage may transform your productivity agenda. Companies like Zebra Medical have looked beyond the hype and have made the switch to find that the experience is just … simple.

VAST provides Zebra a solution to all of our A.I. storage challenges by delivering performance superior to what is possible with traditional NAS while also providing a simple, scalable appliance that requires no effort to deploy and manage. 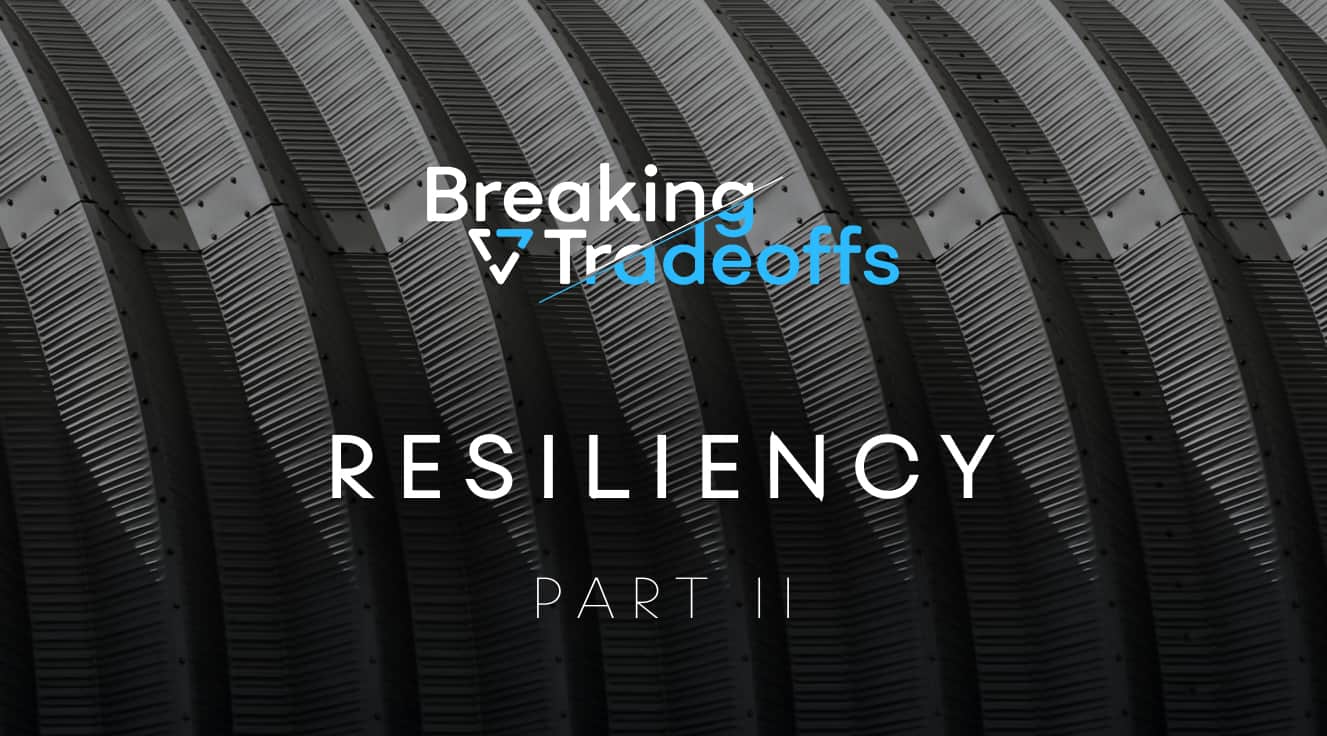 Exploring how VAST's Universal Storage manages failures in place...transforming it from a crisis-inducing moment into a low-level event in your support ticket tracking system.